The World Wide Web is full of content that we want to access, but sometimes it’s hard for us to find the time or energy necessary. In order not to forget about information on our smartphones and laptops, storage companies have been creating new solutions for storing digital data – from USB drives to cloud services.

To store your data, you may utilize a variety of different components, devices, and even full systems. We’ll go through the most prevalent forms of storage and explain everything from HDDs to SSDs to PCIeSSDs, NAS, SANs, and more!

Your computer uses storage components to store large amounts of data until it is needed. Internal disk drives are the most prevalent kind of storage since they can retain and save data even when they are turned off.

Storage is divided into three categories:

Storage on the inside

Internal storage devices on your computer/laptop.

There are normally two types of storage devices accessible in consumer computers:

Outside your computer/laptop are storage devices.

An external USB hard drive is the most typical example of this type. Typically, they are merely a standard HDD housed in a portable case with USB interface. External storage devices that connect through eSATA (faster) or Firewire are sometimes available (older). These are alternative connection techniques that are supported by just a few machines.

USB sticks, as I call them, are also included in this category. These are tiny flash-based devices with USB connection that contain a little amount of memory. They function similarly to an external USB hard drive, but they store data in a different format. Many various names for these devices exist, including flash drive, thumb drive, Pen drive, jump drive, dongle, clip drive, and possibly a few more.

Storage on the network

On-network storage devices that are dedicated.

Network storage devices are systems that hold numerous hard disk drives (HDDs) or solid-state drives (SSDs) and enable shared data access to many computers through a network. These devices have their own operating systems that control the hard drives and give a way to manage and share the data. They also employ technologies like RAID (redundant array of independent disks), which effectively groups actual HDDs together and makes them look as a single large disk while offering hard drive failure tolerance and enhancing performance.

Listed below are a few instances of network storage:

NAS (Network Attached Storage): A NAS (Network Attached Storage) is the most prevalent form of network storage and comes in a wide variety of sizes and capabilities. For data storage, many residential users opt for smaller 2 or 5 bay NAS systems. A two-bay NAS can only hold two internal hard drives, limiting the overall amount of storage capacity accessible. It’s critical to choose a NAS with enough HDDs to store all of your data while also offering redundancy in the event of a hard disk failure.

SAN – Storage Area Network: SAN refers to a huge storage system utilized by server infrastructure and is only seen in the business environment. The storage area network (SAN) is made up of numerous components, including storage switches, underlying network hardware, and a storage array. The storage array resembles a NAS in that it is the real storage device that houses HDDs and SSDs. With numerous power supply, network ports, and controllers, they provide a very high degree of redundancy (the main system containing the CPU and RAM). When you hear the term SAN, it typically refers to the storage array itself.

Considerations in Making a Decision

When it comes to storage devices, the size is the most important factor to consider (how much data it can hold). Speed, on the other hand, is a crucial attribute that many people should think about.

Other factors to consider while making a decision are:

The way your storage device connects to your motherboard may have a big impact on how fast it works. From the end user’s viewpoint, a higher-specced connection type might indicate increased data throughput, which implies quicker read/write times and a visible speed boost.

When it comes to attaching a hard disk drive or solid state drive, you’ll need to think about both power and data connections. This implies you’ll always need two cables to connect to a hard drive: one for power and one for data.

IDE (or PATA), SATA, PCIe, M.2, and power over SATA or Molex connections are the many connection types we shall explore here.

IDE is an acronym for “Innovative+ (Data connection)

IDE stands for Integrated Drive Electronics and is an obsolete data cabling technique for hard disk drives that is seldom seen anymore and almost never marketed. However, for the sake of comparison, here’s what it looks like. PATA is another name for it (Parallel ATA).

Data is sent over old IDE (or PATA) connections. A SATA data link, such as the one seen in the figure below, has been installed in their place.

Data is now sent via a SATA (Serial ATA) link. When compared to older PATA technology, this cable’s connection is substantially more compact, and you’ll find it on almost all HDDs and SSDs today:

A PCIeSSD is a lesser-known product. This is an SSD that is linked to a PCI express connector rather than a SATA connection, however it might appear very different from a standard SSD. Because a PCIe connector can carry data at significantly faster rates, it provides quick access to storage. M.2 SSDs are newer PCIeSSDs that can achieve very fast read/write rates.

The Samsung 950 M.2 internal SSD connects to your motherboard’s PCIe connector and provides better performance than a SATA-connected SSD.

Here’s an example of a PCIeSSD from before the M.2 era:

The Digital HyperX Predator from Kingston is a PCIe Gen2 SSD.

You’ll need to attach electricity to your drive in addition to data wiring. A SATA power cable connects your computer’s power supply unit to most HDDs and SSDs. It seems to be as follows:

These are the two possibilities for powering your hard disk. It’s merely a matter of connecting one or the other. A “Molex” connection is on top, while SATA power is on the bottom.

What do you mean by storage?

A: In this context, storage refers to the amount of memory or hard drive space allotted for a device.

A: That is a difficult question to answer. It depends on the size and location of the storage unit, as well as other factors such as construction materials used and current market trends. However, I estimate that you would be looking at about $1000 USD for a 10×10 unit in this area

Can I sleep in a storage unit?

A: If you want to, you can. But before going ahead with this decision, its important to note that there are a lot of things that could happen during your sleep and damage or hurt yourself in a number of ways. For example, if someone steals from the unit next door while youre asleep 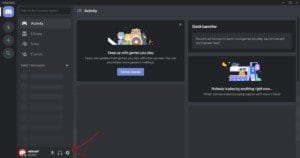 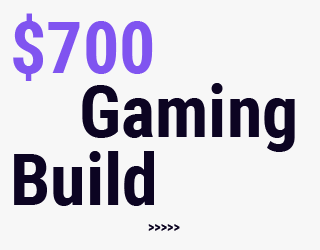 James Gussie
A VPN is a virtual private network, or an encrypted tunnel between your computer and the internet. You…
0 Shares
0
0 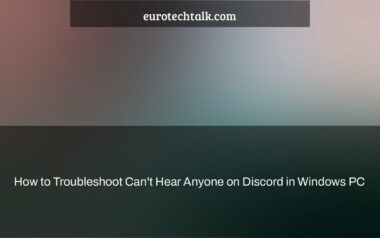 James Gussie
Discord is a voice-and-text chat service that lets people communicate in teams. Unfortunately, it can be difficult for…
0 Shares
0
0

James Gussie
Changelly is a crypto exchange that allows you to buy Bitcoin, Ethereum, Litecoin and other popular cryptocurrencies with…
0 Shares
0
0 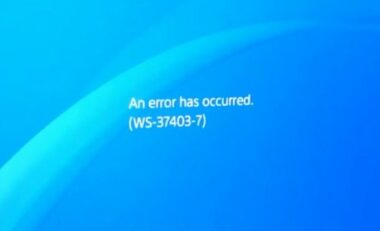 James Gussie
WS is a piece of software that allows users to connect to the internet. It has been around…
0 Shares
0
0

James Gussie
Anynote Social is a free note taking app that allows you to create notes, lists, and tasks. You…
0 Shares
0
0

James Gussie
Bicycling has become a popular means of transportation. There are different apps that make riding an easy and…
0 Shares
0
0
Back to top